Four Counties Thatching (Chris Essex) has maintained the thatch on our house for the last 6 years, providing a quick response when leaks have developed and friendly but professional advice for routine maintenance.  He has repaired & re-ridged our house to a very high standard, ensuring that the work area is left tidy after each job. Recently, we built a detached thatched garage and Chris advised on the roof construction with the builder, including fire proofing and eye brow design.  He was then ready to carry out the job when needed and completed a great job to schedule and on budget.

We moved to our home 6 years ago knowing that the thatch would need to be replaced in the near future.  Chris was extremely helpful to us in advising what we should and shouldn’t do, and patched the roof a number of times before we were ready for the major works.  Two years ago Chris stripped the roof completely (there were four generations of straw on straw), fire boarded and re-thatched.  We were amazed at the tightness of the new thatch, with every bundle individually fastened with wire and fastening screws – it became a bit of a tourist attraction and every conversation with our neighbours started with them asking about it.  Two years on and the roof is looking splendid, having now weathered down from its original blonde hair to a light brunette (and the neighbours still talk about it!).  Chris is a pleasure to have working for you and a real craftsman. 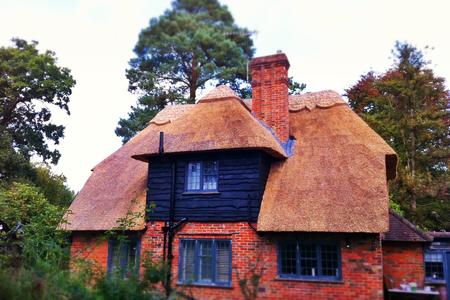 ​​"The work you have done is priceless"​ 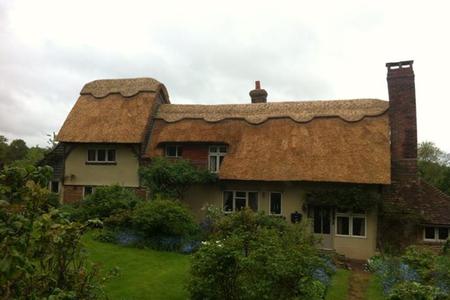 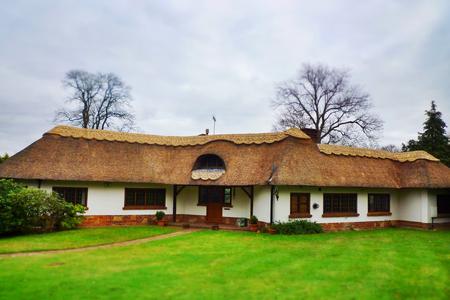 Many thanks for your hard work. The pictures look amazing. You are a true credit to your profession.

​To whom it may concern

I have Know Chris Essex of Four Counties Thatching Ltd for over !0 years. During this period he has carried out a number of thatching jobs on my property, originally as a trainee and culminating with a complete re-thatch of the main body of the roof.
I have always found Chris to be thoroughly trustworthy and reliable, always leaving the work-site in a neat and tidy condition and completing jobs in accordance with estimates originally given.
I would have no hesitation in recommending Chris and his firm Four Counties Thatching Ltd to anyone requiring work to be done on a thatched roof. 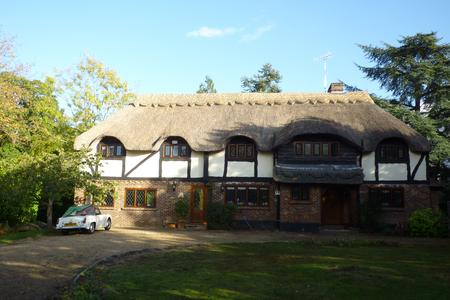 Member of The Thatch Advice Centre 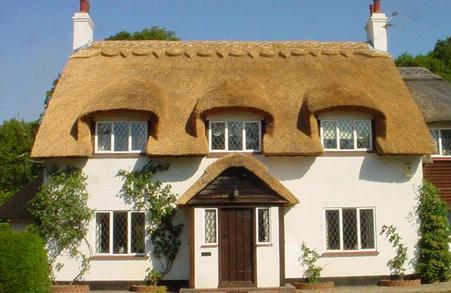 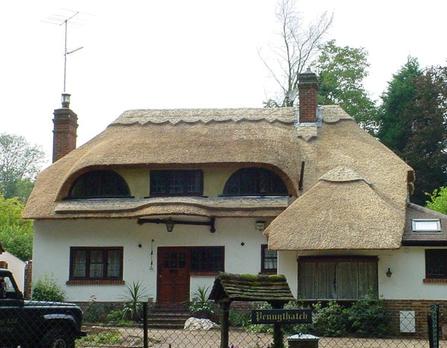 To whom it may concern.

This letter is a reference for Mr Chris Essex of Four Counties Thatching. Mr Essex re-thatched our house . He Gave a quote for how long it would take and completed it within the quoted timeframe. In that period we found Mr Essex courteous, reliable and scrupulously fair and honest. Both he and his employees worked hard and diligently throughout the job and we never had any just cause for dispute or argument. In today;s modern world it is rare to find someone of Mr Essex’s character and we would recommend him very highly.

To Whom It May Concern

Four Counties Thatching
It was our good fortune to have the services of Chris Essex’s Company in the replacement of the ridges and window skirts to the roof of our home.
At all times, he and his two-man team worked with the utmost care and consideration for the property and its surroundings. In what proved a very wet month, they nevertheless toiled manfully, often in damp conditions,so that the work would be completed though;ly and in the time promised.
As for making good subsequently, i can safely say that all plants and waste material were removed promptly from the site, and would go so far as to say that the grounds areas concerned were in an even tidier sate than before they started.
I would have no hesitation in recommending Chris and his outfit to anyone contemplating work on there thatch.